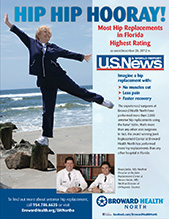 Imagine a hip replacement with: 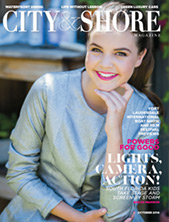 Chronic knee pain can make life miserable. Sufferers often need to cut back on or abandon their participation in athletics or fitness programs, and even day-to-day activities like walking can be uncomfortable.

Some bad news: Osteoarthritis, the major cause of joint deterioration, is happening in younger people. “The average age for diagnosis now is about 50,” says Dr. Frank McCormick, an orthopedic sports medicine surgeon at Holy Cross Hospital in Fort Lauderdale. “It used to be the mid-60s. It’s partly because many Americans today are more active than in the past, and also because many of them are heavier.”

Teen Disabled by Arthritis Gets Hip Replacement at 20

Abdul Moussadda was an active biker, working a summer job as a waiter and getting ready for his first semester of college, when he got hit with the flu. Two weeks later, at the age of 19, a sore throat and other horrible symptoms set in. […] When he was finally referred to a rheumatologist, Moussadda was diagnosed with an autoimmune form of arthritis – Still’s disease, a disorder that is similar to a systemic-onset variation of juvenile arthritis, but it occurs in adults. […] Fed up with being immobile and in constant pain, he approached Dr. Steven Naide, an orthopedic surgeon at East Coast Orthopaedics about possible hip replacement surgery. At that point, Moussadda’s hips were “bone on bone.”